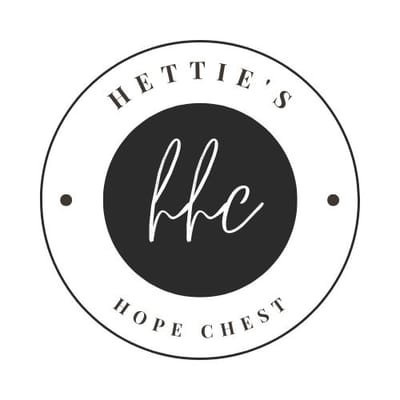 
Hettie’s Hope Chest gratefully acknowledges the contribution of The Abigail L. Longenecker Memorial Foundation in making our April 2022 and May 2022 diaper distribution a reality. Thank you Abby’s Foundation! You are helping many local families!

Hettie's Hope Chest gratefully acknowledges the contribution of the Walters/Unitarian Trust, an endowment from Arthur and Selma Walters to the Unitarian Universalist Church of Lancaster, in making our February 2022 Diaper Give-Away a reality. In awarding this grant, the UUCL Board has acknowledged the contributions of Hettie's Hope Chest to achieving the vision of inclusiveness among all humans as well as respect for the dignity and worth of each individual, as promoted by the Walters Trust and UUCL.

Hettie’s Hope Chest is a nonprofit organization providing diapers to families in need who live in the Penn Manor School District. Imagine, you’ve just changed your child's diaper and within minutes you know the diaper needs to be changed again. Cost could influence choices that could impact the health of the child. Free diapers contribute to the well being of both Parent and Child. The simple solution is free diapers.

If you would like to help us to help others

Checks may be made payable to : Hetties Hope Chest 104 Ridge Rd Millersville , PA 17551. Thank you! Our button doesn't seem to be working, but you can copy and paste if you'd like to donate through PayPal: https://www.paypal.com/donate/?cmd=_s-xclick&hosted_button_id=XJHYF5ARBDEPS&source=url&fbclid=IwAR1LCgL1ncluyufLBthwmKxyL-z-uvPGEKMb5qNOrkQ0bz3ndGeJ0dTP0LY Governing documents, conflict of interest policy and financial statements are available upon request . It is the mission of Hettie’s Hope Chest to provide non-food items, such as diapers, to those local persons experiencing financial need..

If you, or someone you know, who lives within Penn Manor School District, is experiencing financial need and could use help with diapers, please contact us at hettieshopechest@aol.com

Deb is married and has 4 children and 10 grandchildren.   She volunteered with Daniel's Den Build, Trident Swim Club, Conestoga Swim Team and was a Scout leader for 23 years.

Kim is married with 3 children and 5 grandchildren.  She has served the Conestoga Area Food Bank for 30 years.  Kim was also a Scout leader and a Sunday School teacher.

Deb is married and is mom of 2 children, plus 2 and three grandchildren.  She served as a Church Council Member, was a volunteer for an accessible playground construction, a volunteer with Conestoga Swim Team & Trident Swim Team, and Pequea Elementary & Marticville Middle School Parent volunteer.

Tony is married and has 3 children.   Tony has coached  youth soccer for 9 years, served as a Cubmaster and Den Leader, and served as  President of the Conestoga Swim Team.

Bob is married and has 4 children and 10 grandchildren.  He was a Scout leader for 24 years, helped build an accessible playground and served in various volunteer positions for Trident Swim Club and Conestoga Swim Team.